With UK manufacturers having to scrutinise every aspect of their process to remain competitive a company has found a solution which is making a big difference to the cost of running its three factories.

Led-Zip Lighting has completed a low energy, LED lighting project for Norco, which manufactures GRP mouldings and composite structures. The project has created a platform for substantial cost savings, fast payback on their investment and dramatic improvements to the working environment. 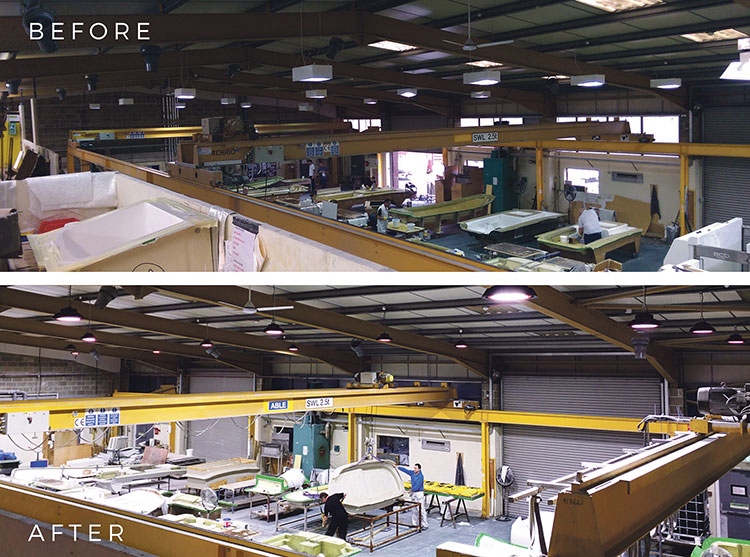 “We have further strengthened the business by moving into other sectors, making anything from sections of a luxury yacht to large aircraft wings or an equine spa for race horses,” says procurement manager, Andy Watkins.

Norco invited Led-Zip Lighting to survey the entire company, which included light levels at each factory, a review of the various light fittings and the required functions of all three facilities.

“We ensure no organisation pays more for their energy than they need to and in turn reduce their environmental footprint,” explains Led-Zip owner, Nick Bainton. “Norco was a project where we have been able to make many improvements and not only in the reduction of their energy spend.”

Minimising installation costs
Despite the diverse and dated lighting fixtures across the offices and three factory units, LED-Zip Lighting found an LED replacement for each one. Keeping the same number of light fittings minimised installation costs. “In each case we replaced high wattage fittings with low wattage LED alternatives from panel lighting in the offices to low bay fittings in the factory and different sized single and twin fluorescent tubes and high impact rated fittings to take into account health and safety,” says Bainton. “For example, we replaced 400 watt metal halide low bay fittings with 200 watt LED units; light levels went up and lighting costs came down.” 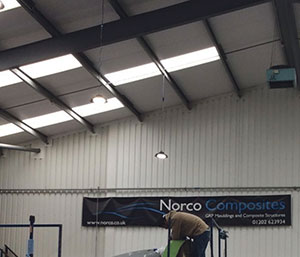 Light levels are extremely important to wellbeing of staff who in a manufacturing environment may only see natural daylight during break times. Levels are dictated in ‘lux’, a standardised unit of measurement of light intensity per square metre. In one factory Led-Zip Lighting increased lux levels from 300 to 1,000, creating a lighting simulation to that of real daylight. Following the review of one of Norco’s buildings with a five-year lighting cost last recorded of £54,094, the predicted LED lighting calculation was £22,508 – a saving of £31,585. The company investment in the factory was £15,214 which will result in a 28 month payback.

“As well as the obvious energy cost savings we took into account the fact that the LED fittings won’t have to be constantly replaced like traditional lights,” explains Watkins. “In a large factory environment that means the added cost of maintenance and equipment hire to work at height. This has been a successful project for us in terms of improving the workplace, lowering bills and adding to our environmental credentials.”