Chancellor Rishi Sunak, as expected, dealt a huge blow to blue collar industry in his budget on Wednesday 11th March, by ending the subsidy on red diesel, a fuel widely used by British manufacturing, production and construction companies. 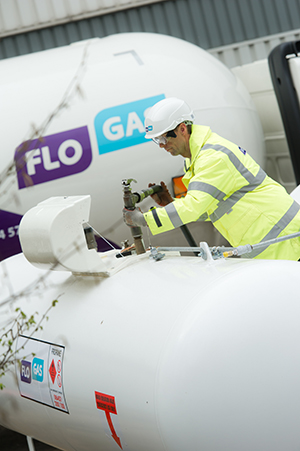 The scrapping of the subsidy, which is worth almost 47p a litre, will increase duty on red diesel from 11.14p per litre to 57.95p per litre, and will cost British business up to £2.4 billion a year.

However, the blow is set to be softened by generators that run on liquefied petroleum gas (LPG) – a fuel that is not only 40% cheaper than unsubsidised red diesel, but that is also better for the environment, producing significantly less CO2 than red diesel, and lower amounts of nitrous oxides (NOx) and sulphur oxides (SOx).

As added bonuses, LPG powered generators require less maintenance than red diesel equivalents, and such is the difference in price between unsubsidised red diesel and LPG fuel, the £500 to £1,000 purchase price is expected to achieve payback within a few weeks.

David Taylor, Head of Corporate Affairs and Innovation at leading LPG supplier Flogas Britain, said, “We applaud the government’s net zero objectives, but however well-intentioned, its scrapping of the red diesel subsidy will be of major concern to those who rely on it for the continued success of their businesses, as it will add huge costs to their bottom line.

“However, regardless of the industry they operate in, businesses can significantly reduce the impact of the subsidy cut by switching from diesel to LPG generators, and make fuel savings of approximately 40%.

“As a result, businesses can not only mitigate the expected price increase by switching from red diesel to LPG, but they can also go a long way towards reaching their internal carbon reduction targets.”