Bunting engineers have conducted a thorough review of all the Magnetic Separators installed at the Jordans Dorset Ryvita plant in Poole, Dorset. The audit was completed over three days, including attending site on Saturday to prevent any loss in production. 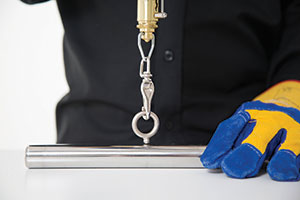 Bunting Magnetics is one of the world’s leading suppliers of Magnetic Separators and Metal Detectors. The European manufacturing headquarters are based in Berkhamsted in Hertfordshire, UK and they have an extensive overseas network of distributors and marketing agents.

Jordans Dorset Ryvita has a strong heritage of making whole grain foods and working with farmers to protect the countryside. Ever since the brands first came together, they have continued to act on these values.

A Magnetic Separation Audit involves the inspection and test of Magnetic Separators to confirm their magnetic and physical integrity. Commonly, such tests are conducted annually, with the final report forming part of the company’s quality audit process. 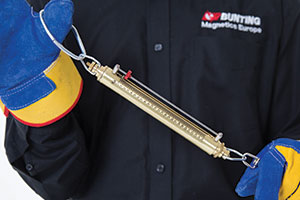 There were a wide range of designs, strengths and ages of Magnetic Separators in the production process at Jordans Dorset Ryvita. The company had not experienced any problems due to metal contamination and requested the audit as part of their continued improvement plan.

The physical checks of the Magnetic Separators were conducted on day two and three, on the weekend to minimise any production downtime. Each Magnetic Separator was removed from its location and visually inspected. Then the magnetic strength was checked using the pull test technique. The data was recorded and presented in a detailed report with recommendations following the audit. This report can then be used as part of the quality management system. It also provides base data for comparison on future audits.

Following the audit, the engineering team at Jordans Dorset Ryvita have made several changes to improve the removal of metal during the production process.

“Having an external review of the Magnetic Separators really helps the client,” explained Mark Harris, Bunting’s Engineer. “We conducted the audit without any assumptions and this freedom enabled us to highlight the areas where protection was good and also focus attention where they could be improvements. We are looking forward to working with the team at Jordans Dorset Ryvita for the long-term and providing our technical support when needed.”